Prostate cancer (PC) is the most common cancer diagnosed in Australia and the second greatest cause of cancer deaths in men.

In 2010 almost 20,000 men were diagnosed with prostate cancer. (women breast cancer 14,000) Tragically more than 3,300 men died as a direct cause of prostate cancer – second highest after lung cancer.

Research into breast cancer has been massive and accordingly detection and treatments have improved such that some breast cancers have a 98% – 5 year survival. As funding enables similar research into prostate cancer we might expect the survival rates to increase.

For all men, the probability of getting prostate disease increases with age. However, except in cases of genetic predisposition, men can help keep the risk as low as possible by eating healthy food.

Today we know that eating lots of animal fats, in particular the saturated ones and heated fatty acids increase the risk of developing prostate carcinomas (prostate cancer).
Also oxidative stress in the body, defects in proteins, fats and especially in the genetic make-up may be main causes of cancer of the prostate gland.

Clearly good nutrition, regular exercise, reduced stress,being in a loving relationship, connecting with nature – seem to help with prevention but studies are not yet definitive.

Although tests aimed at helping diagnose prostate cancer are available – there is no national screening program in place, with current evidence showing that the PSA test is not suitable for population screening as the harms outweigh the benefits. Whether or not to be tested for prostate cancer is a matter of individual choice. See Govt and Cancer Council Statement

From the Prostate Cancer Foundation of Australia – http://www.prostate.org.au/

What is Prostate Cancer?
Prostate cancer is an abnormal growth of cells in the prostate that form a lump (tumour). In time, without treatment, it may spread to other organs, particularly the bones and lymph nodes, which can be life threatening. Generally at the early and potentially curable stage, prostate cancer does not have obvious symptoms. This makes it different from other benign prostate disorders, which may result in urinary symptoms.

What are the symptoms of prostate cancer?

In the early stages of prostate cancer, there may be no symptoms at all. As prostate cancer develops, symptoms can include the need to urinate frequently, particularly at night, sudden urges to urinate, difficulty in starting urine flow, a slow, interrupted flow and dribbling afterwards, pain during urination or blood in the urine or semen.
NOTE: It is important to note that these symptoms are not always signs of prostate cancer. They can also be
symptoms of other common and non-life threatening prostate disorders. Men who experience these symptoms
should see their doctor immediately, to determine the cause and best treatment.

What testing methods are available?

There is currently no population based screening for prostate cancer and this leads to confusion amongst men and their doctors. There are issues related to testing and treatment which should be discussed prior to making a decision whether to be tested. For more information go to: www.prostate.org.au/testing-for-prostate-cancer.php

Two simple tests can be done by a doctor.:

? The Digital Rectal Examination (DRE). The doctor inserts a gloved finger into the rectum to feel the prostate gland. This may detect hard lumps in the prostate before symptoms occur
? The Prostate Specific Antigen (PSA) blood test. This test measures the amount of PSA in the blood. PSA blood test is not a cancer specific diagnostic test however it will alert doctors to abnormal growth in the prostate. A combination of both a DRE and PSA blood test is recommended. These tests should be considered as part of a general male health check annually from 50 years of age or 40 if there is a family history of prostate cancer. If either the DRE or PSA tests are abnormal, the doctor may conduct a second series of tests or refer to a Urologist, who may recommend a biopsy. The biopsy is a definitive way of diagnosing prostate cancer and will determine the stage (how far the cancer has spread) and grade (how rapidly it is likely to spread). This information is used to determine the risk the cancer poses to the man?s health and life expectancy.
NOTE: Prostate Cancer Foundation of Australia (PCFA) research indicates that most men who have had the DRE test said it was a simple, painless exercise. 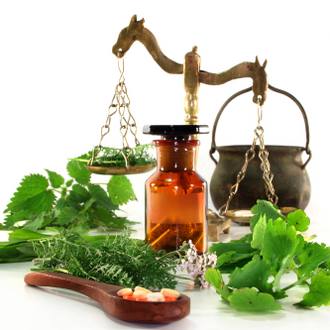 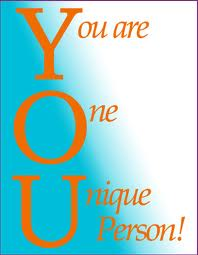